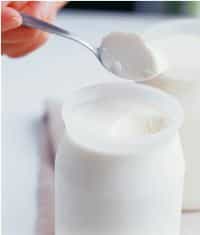 Fermented milks with added phytosterols are able to reduce the level of bad cholesterol by about 10% in subjects with moderate hypercholesterolemia. This is demonstrated by the first meta-analysis carried out on about 400 people which analyzed the results of 3 studies already published in the literature on the effect of a fermented milk with the addition of 1.6 g of plant sterols. The data were presented today during the XV International Symposium on Atherosclerosis (ISA), which was held in Boston. “The work is the first that is based on about 400 patients having collected the results of three of the most significant studies designed to analyze the effect of phytosterols on cholesterolemia, and especially of the fraction linked to LDL lipoproteins (LDL cholesterol, or LDL-C )” declared Alberto Notarbartolo, Full Professor of Internal Medicine Faculty of Medicine and Surgery, University of Palermo “The results of the meta-analysis demonstrate once again how functional nutrition plays a very important role in prevention strategies against the main cardiovascular risk factor: cholesterol . The use of phytosterols contained in fermented milk such as Danacol on which the 3 works are based is, in fact, able to reduce LDL-cholesterol by an average of 10% without any risk” . The meta-analysis was based on 3 multicentre studies conducted with the same methodology used for pharmaceutical products (randomised, placebo-controlled and double-blind), between France, Spain and Italy which evaluated the effect of a fermented milk from three to six weeks added with 1.6 g of phytosterols on the cholesterol level in a population of patients with moderate hypercholesterolemia. But the fight against cholesterol – and therefore against one of the main risks for the heart – must be fought day by day, constantly if we want to reduce any future cardiovascular risks. “If substantial help comes from functional foods such as Danacol, however, its use must be included in a program based on a healthy diet and lifestyle. In cases of non-mild cholesterolaemia, over 240 mg/dL, or in the presence of a high global coronary risk, i.e. where other important risk factors are present such as arterial hypertension, diabetes or the history of a previous cardiovascular event, it is It is necessary to consult your doctor and possibly resort to pharmacological remedies” concludes Notarbartolo. Phytosterols Phytosterols are sterol molecules, normal and natural components of plant cells. Phytosterols are structural and functional analogues of cholesterol, the slightest difference, due to a methyl or an ethyl in the side chain, strongly influences intestinal absorption. About 40 of them are known in nature and they are found especially in vegetable oils, dried fruit and some seeds and legumes. Their quantity is related to the fat content of the food. Dietary intake varies with the composition of the diet between 150 and 400 mg/day and is considerably lower than the 1600-2000 mg/day used in cholesterol-lowering treatments.

With the arrival of the cold season, bacterial infections increase and therefore the use of antibiotics, which can alter the normal intestinal balance. Especially children and the elderly are at risk. It is therefore better to follow a " probiotic diet ", which includes the consumption of probiotics to be used not only during –… END_OF_DOCUMENT_TOKEN_TO_BE_REPLACED

A diet rich in fats , which provides more than 30% of the total energy value, can cause cardiovascular disease. Lipoproteins circulate in our blood, made up of numerous molecules of cholesterol and other fats, or rather lipids. These lipoproteins can be low-density LDL or high-density HDL , these acronyms will surely remind you of… END_OF_DOCUMENT_TOKEN_TO_BE_REPLACED

The extract of bitter melon ( Momordica charantia ), a very common vegetable in India and China, would seem able to promote the death of breast cancer cells and prevent their proliferation. This was discovered by a group of American researchers led by Ratna Ray, a professor at the Department of Pathology at the University… END_OF_DOCUMENT_TOKEN_TO_BE_REPLACED

Adriano de Sanctis of Aloe-vera-proprieta.com sent me a complete and exhaustive document on Aloe Vera which I also propose to you. The field of application of the Gel obtained from the leaves of the Aloe Barbadensis Miller plant, better known as Aloe Vera, are many, thanks to the therapeutic properties of this plant, which is… END_OF_DOCUMENT_TOKEN_TO_BE_REPLACED