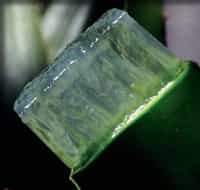 Adriano de Sanctis of Aloe-vera-proprieta.com sent me a complete and exhaustive document on Aloe Vera which I also propose to you. The field of application of the Gel obtained from the leaves of the Aloe Barbadensis Miller plant, better known as Aloe Vera, are many, thanks to the therapeutic properties of this plant, which is made up of innumerable active ingredients and nutrients (including Anthraquinone Mucopolysaccharides, Vitamins and another 150 active components). Aloe Vera thanks to its properties is used as an anti-inflammatory agent, contains fatty acids, campesterol and B-Sisterol, controls and eradicates infections thanks to natural antiseptic agents (such as sulphur, phenols, lupeol, salicylic acid, cinnamonic acid and urea nitrogen). The extract is also used as a regenerating agent due to the enzymes providing penetrating power and the ability to rid the body of dead tissue while the amino acids provide a solid foundation for the regeneration of healthy tissue. When you list the list of beneficial properties of aloe vera it's almost hard to believe. It almost seems to have taken a step back in time and listened to the enthusiastic descriptions of those charlatans who sold miraculous potions wandering through the squares of the 19th century. Many people wonder how it is possible for a single plant to have such a wide range of beneficial effects. How does aloe vera be one of the most powerful detoxifying agents, one of the most effective immune system stimulants, a strong anti-inflammatory agent, an analgesic, a cell growth stimulant, a tissue recovery accelerator, an antiseptic, a rich nutrient source and digestive aid all at the same time? According to one of the most successful American nutritionists, Dr. Bruce Hedendal, of the Hedendal Chiropractic and Nutrition Center, the key to aloe vera's power lies in its rich content of a class of long-chain sugars known as mucopolysaccharides (mps). . He believes that mps are as essential to the body as the bricks to a house. They are normally found in every cell of our body, and we are able to make them ourselves in the first ten years of our lives. Later, we have to rely on external sources and few plants are a richer source than aloe vera. But what do these mps do? What function do they play in our body? They probably act as a lubricant for our joints, coat the colon preventing the reabsorption of toxic waste materials and also, among many other benefits, form a barrier against microbial invasions of our cells. However, everyone agrees in attributing the properties of Aloe Vera not to a single active ingredient contained in the plant, but that it is the synergistic effect of the plant as a whole that stimulates some natural mechanisms, already present in our body, and perhaps weakened for various reasons. In fact, it is known that Aloe Vera contains a wide range of vitamins, mineral salts, enzymes and unique biochemical substances:

Even if it is a natural remedy, it is recommended that all those with health problems consult their doctor.

The extract of bitter melon ( Momordica charantia ), a very common vegetable in India and China, would seem able to promote the death of breast cancer cells and prevent their proliferation. This was discovered by a group of American researchers led by Ratna Ray, a professor at the Department of Pathology at the University… END_OF_DOCUMENT_TOKEN_TO_BE_REPLACED

Fermented milks with added phytosterols are able to reduce the level of bad cholesterol by about 10% in subjects with moderate hypercholesterolemia. This is demonstrated by the first meta-analysis carried out on about 400 people which analyzed the results of 3 studies already published in the literature on the effect of a fermented milk with… END_OF_DOCUMENT_TOKEN_TO_BE_REPLACED

With the arrival of the cold season, bacterial infections increase and therefore the use of antibiotics, which can alter the normal intestinal balance. Especially children and the elderly are at risk. It is therefore better to follow a " probiotic diet ", which includes the consumption of probiotics to be used not only during –… END_OF_DOCUMENT_TOKEN_TO_BE_REPLACED

A diet rich in fats , which provides more than 30% of the total energy value, can cause cardiovascular disease. Lipoproteins circulate in our blood, made up of numerous molecules of cholesterol and other fats, or rather lipids. These lipoproteins can be low-density LDL or high-density HDL , these acronyms will surely remind you of… END_OF_DOCUMENT_TOKEN_TO_BE_REPLACED