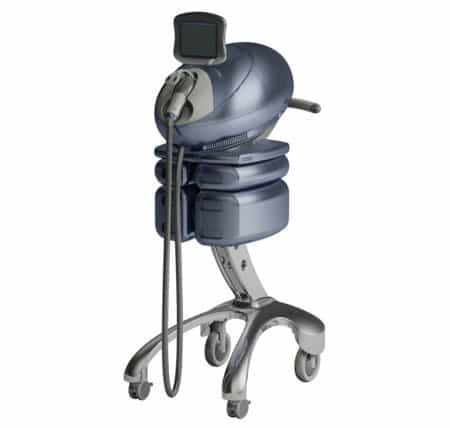 All cosmetic treatments, whether surgical or not, have become increasingly popular in recent years. Several interesting applications have recently been made available for acne interventions which however are characterized by being either not very functional or too invasive. Isolaz arrives today, a meeting point between the various cases, because it does not require reaching the scalpel of plastic surgery, but neither does it rely on apparently "miraculous" creams. The trick is to use a technology, literally called photopneumatics (photopneumatics), able to deeply cleanse the pores of the skin with a combination of light and water vapour. The company has declared that the operation, in addition to being extremely fast, is also painless, so much so that it can also be used for hair removal. The official site not only contains the detailed how-to on the functioning of the appliance, but also offers to find experts in the vicinity of your home who could let you try Isolaz. Too bad that the form is not designed for international use, it would have been an excellent opportunity.

Statistics from the International Association for the Study of Pain say that one in five people suffer from pain ranging from moderate to chronic. If initially the idea was to intervene with drugs that would calm the problems, it is now common practice to refer to other applications, such as the laser . Multi Radiance… END_OF_DOCUMENT_TOKEN_TO_BE_REPLACED

What you see above is the photo of SolarScan, the new generation of digital diagnostic devices to detect melanoma . Imaging techniques have literally revolutionized the dermatology sector, allowing specialist doctors quick access to data, a better study of the skin and above all the possibility of comparing reports made at different points in time.… END_OF_DOCUMENT_TOKEN_TO_BE_REPLACED

Retinoblastoma is a malignant tumor that affects the retina and occurs in children under the age of three, in a ratio of 1 in 20,000. It is a rather rare disease that leads to blindness, the causes are unknown, however it seems to have a hereditary character when it affects both eyes. The tumor manifests… END_OF_DOCUMENT_TOKEN_TO_BE_REPLACED

Treating prostate cancer correctly is a race against time. By the time the patient feels the first symptoms, the disease has already spread. In this context, diagnostic techniques are of fundamental importance: CT, x-rays and magnetic resonance work well, but due to high costs they cannot become routine tests and sometimes they are not even… END_OF_DOCUMENT_TOKEN_TO_BE_REPLACED